On Memorial Day, the Florence Memorial Day Parade Committee recommends that parade participants park at the Florence Recreation Fields located along Meadow and Spring streets in Florence. From the parking areas at the recreation fields, shuttles, starting Monday at 11 a.m. will take parade participants to the parade assembly area at Smith Vocational and Agricultural High School at 80 Locust Street.

The village of Florence is planning a large commemoration on Memorial Day, May 28, in honor of the 150th anniversary of the oldest, continuously-run Memorial Day parade in the United States.

The 150th Memorial Day parade will feature a longer parade route, nearly 1,500 marchers, and a fighter jet flyover. This year, the parade will step-off at 1 p.m. from Smith Vocational and Agricultural High School and head through the Florence village center past the Sojourner Truth statue to Pine Street before ending at the Elks Lodge.

The parade will conclude with a ceremony featuring remarks from United States Congressman Jim McGovern and Mayor David Narkewicz of Northampton. Stan Rosenberg will read an official citation from the Massachusetts Legislature followed by the keynote address by Northampton native, Major General Gary W. Keefe USAF and Adjutant General of the Massachusetts National Guard

The first parade was held in Northampton in 1868, just after the end of the Civil War, and included the decoration of the graves of deceased service members in the Park Street Cemetery in Florence. This tradition has continued every year since, regardless of weather.

In previous years, more than 500 people have participated and thousands have gathered to watch along Route 9. This year due to the 150th anniversary, the City of Northampton is anticipating 1,500+ parade participants and more than 80 marching units. A flyover from the 104th Fighter Wing is also planned at about the moment when the main parade contingents reach the center of Florence at approximately 1:30 p.m. 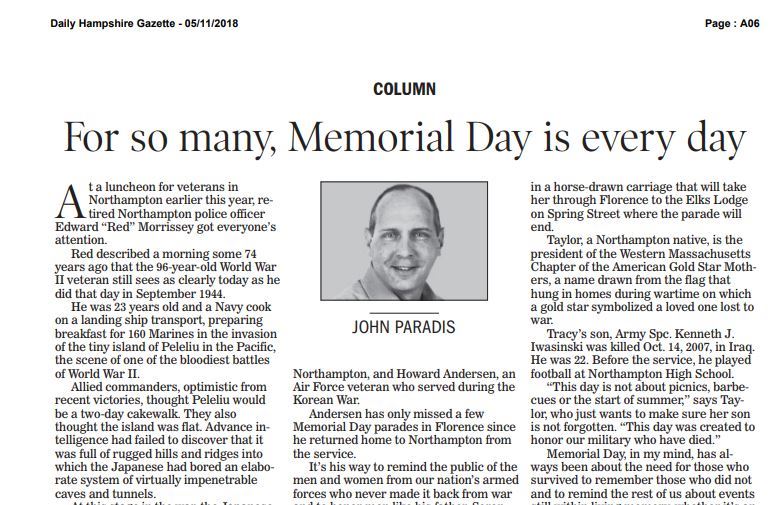 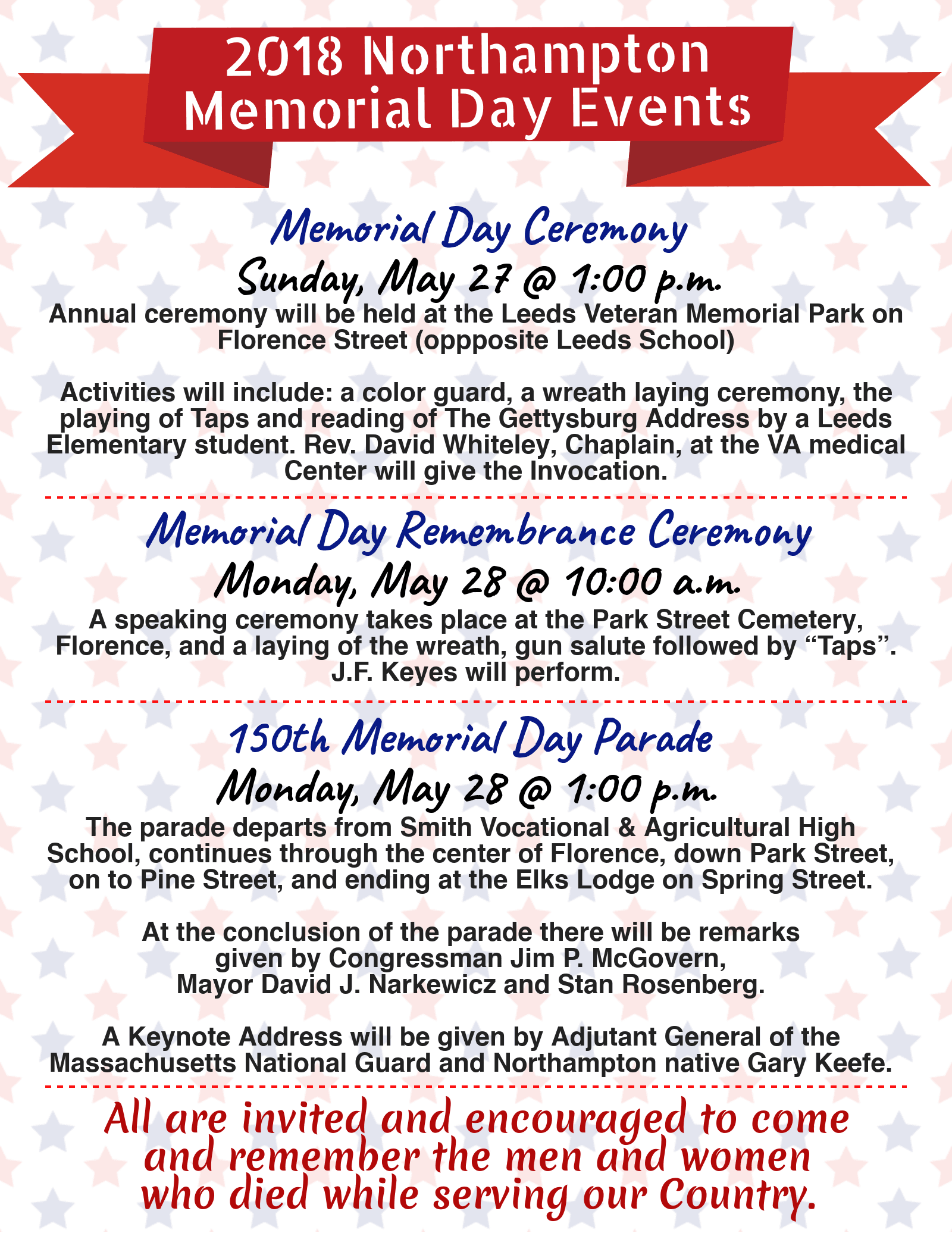 Special THANK YOU to the following Parade sponsors:

The 150th Anniversary of the Florence Memorial Day Parade would not have been possible without the many people and organizations and local businesses who contributed to this noble and sacred commemoration. Thank you! 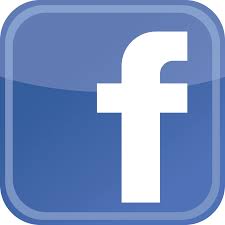