Just Big Enough-- small lots | small units | BIG IDEAS  is the City's effort to encourage development in the most sustainable areas of the city, the places where people can walk to live, work, shop, and play, increase affordable housing, and preserve critical open space. This effort was enshrined is the City's Sustainable Northampton Comprehensive Plan and our most recent zoning amendments.

At some point, Smith College will be selling the Lyman Estate, probably retaining only their preschool on the site. The entire site is 31+/- acres, of which 15 +/- acres, including the preschool and existing buildings, can support development. Even subtracting the Smith preschool, this site has more development potential than any other property in easy walking distance (less than 1/2 mile) of downtown than any other site. We began a community discussion with possible approaches for the site (PDF 2/3/2014). Many of the neighbors contributed their thoughts of what should be required and/or incentivized in any redevelopment (PDF). 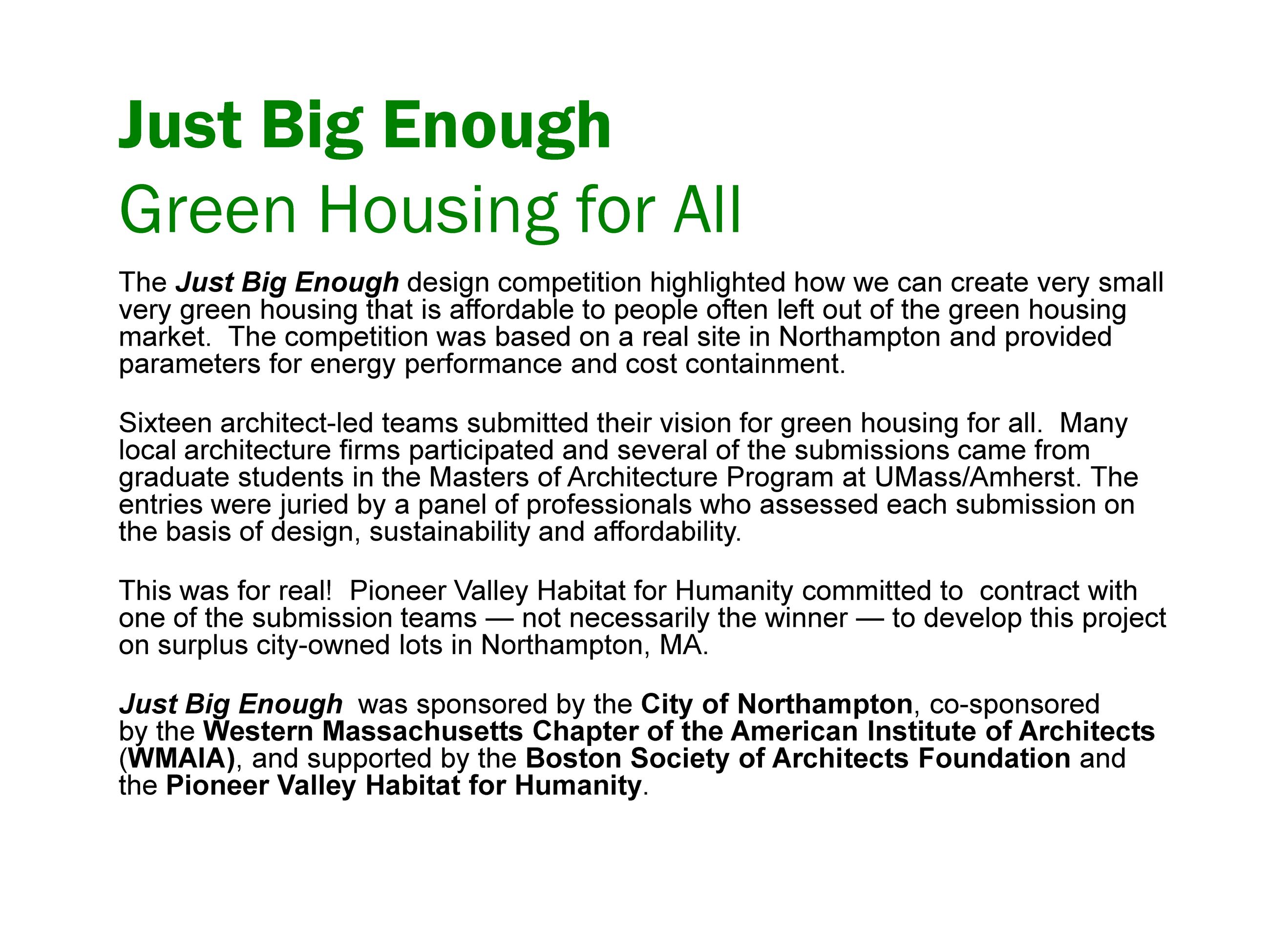 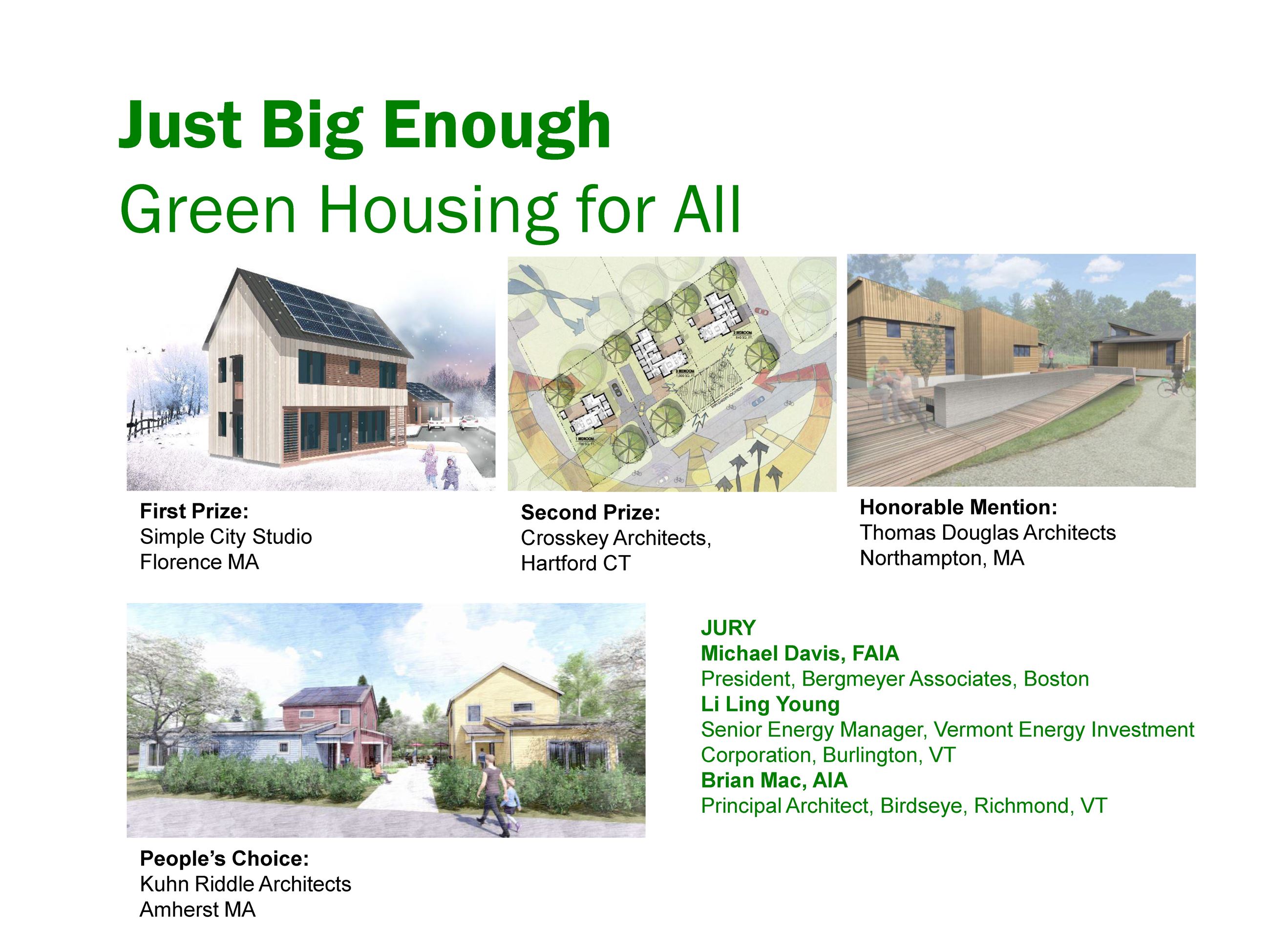 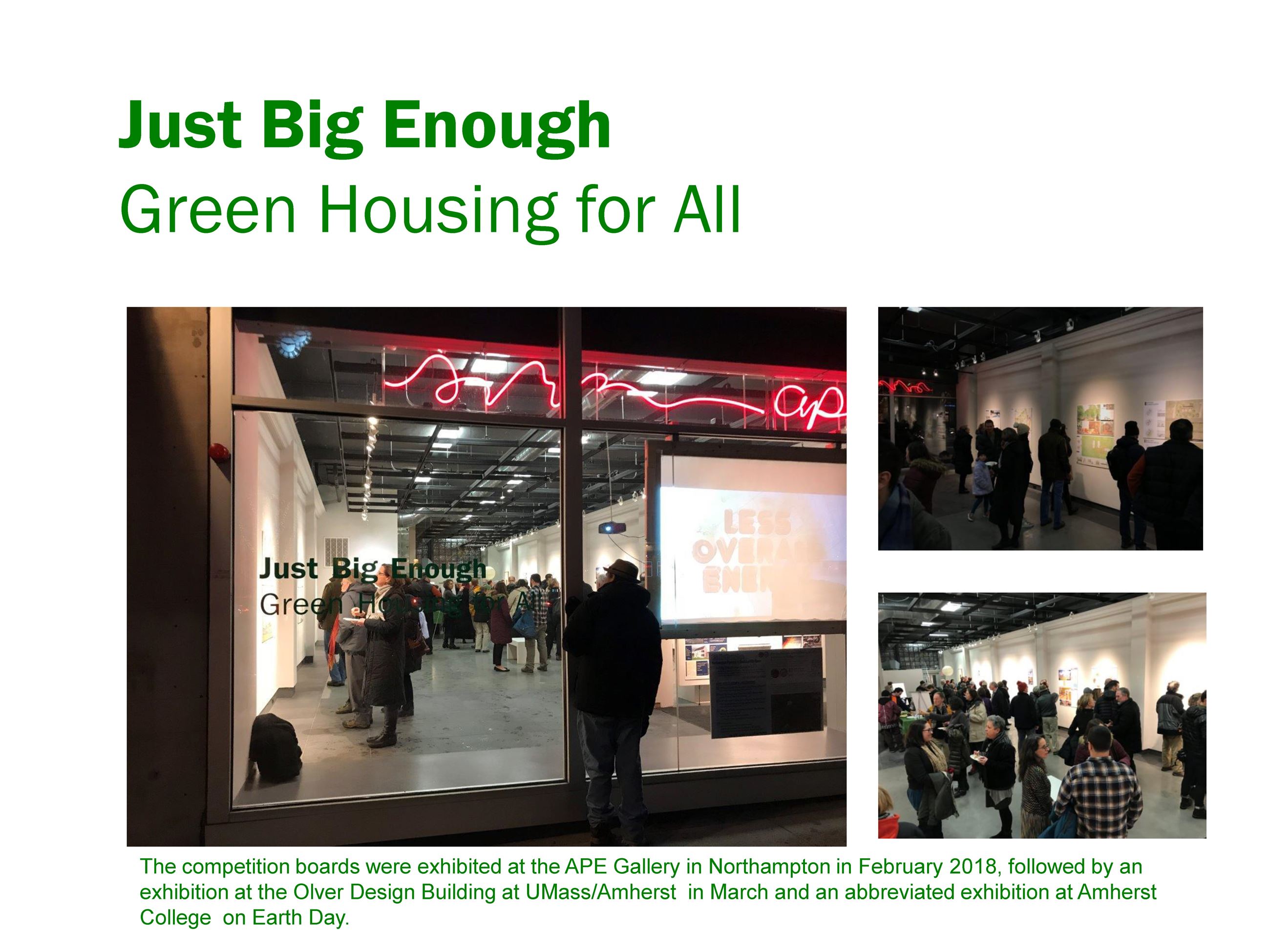 The competition was sponsored by the City of Northampton, co-sponsored by American Institute of Architects Western Massachusetts, and supported by the Boston Society of Architects Foundation and the Pioneer Valley Habitat for Humanity. Prizes for first and second place winners sponsored by Kent Hicks Construction, PV Squared, rkMiles.

Lepre and Hinrichs- shout out for great model (PDF)