This majestic shade tree is referred to by many as “Ed Cotton’s elm” after the arborist who lovingly tended it for nearly 50 years. The American elm, or Ulmus americana, is a native deciduous hardwood that once lined city streets across the country before Dutch elm disease struck the continent. Late 19th century archival photos in Forbes Library show this elm tree, already huge, casting shade over the colonial Parsons house, suggesting that it is at least 200 years old.

The accidental introduction of Dutch elm disease to North America decimated the American elm population and deforested many cities of their primary shade tree.  A wilt disease caused by a fungus, Dutch elm disease originated in Asia and was inadvertently shipped to the United States in 1930 on imported wood.

For decades, arborist Ed Cotton looked for signs of Dutch elm disease in this tree, and cut out minor infections before the disease could spread.  The city of Northampton’s tree warden now fulfills this role. As recently as 2018, the warden acted to remove outer branches with the telltale signs of Dutch elm disease. The city also regularly applies a preventive fungicidal injection into this and several other mature American elm trees located on city property.

Before the appearance of Dutch elm disease, enormous elm trees 100 to 130 feet tall with trunk diameters of 6 to 10 feet could be found throughout the Northampton Meadows. So many elms were planted in Northampton in the early 1800s that visitors to Mount Tom, pointing down to the village, asked,  “What is the name of that forest?”

Mature American elms are increasingly rare in Northampton, with several succumbing to Dutch elm disease every year. Disease-resistant American elm hybrid varieties have been planted throughout Northampton. If you notice patches of yellowing leaves on any elm trees in Northampton, especially in early summer, please notify Northampton’s tree warden for an immediate evaluation. 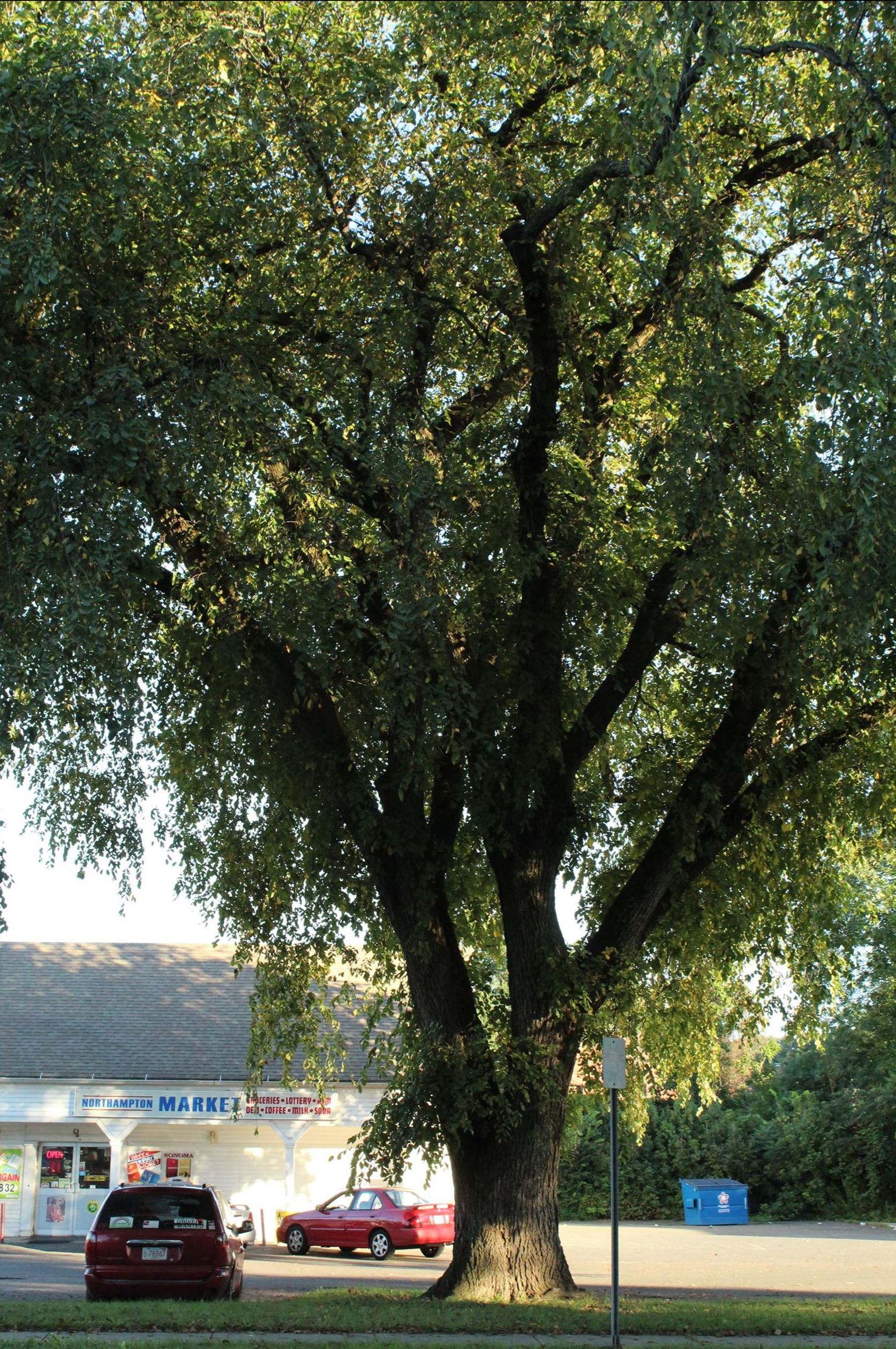