Quercus palustris, or pin oak, is a native deciduous tree that grows prolifically in the Northampton area. In Latin palustris means marsh loving and describes its natural habitat. This tree is the New England champion, meaning it is the largest of its kind to be measured in the entire region. Pin oaks typically grow 50 to 70 feet tall, but this one is 112 feet and has a diameter at breast height of 73 inches.

The genus Quercus, a member of the beech family, Fagaceae, is split into two main groups: the red oak group and the white oak group. This oak is a member the red oak group, which you can see if you pick up fallen leaf and observe the bristles on the ends of pointed leaf lobes. White oak leaves are rounded. You may also notice other defining characters of a red oak such as pointed buds and seed that germinates in spring rather than in the fall. The germination time is defined by the large quantity of tannins in the acorn, which helps prevent it from rotting.

A defining characteristic of the pin oak is its branching habit. Upper branches point up, middle branches are horizontal, and lower branches point down. In nature the top branches often shade out the lower branches, which eventually die and break off leaving persistent pin-like stubs. This tree has outgrown its pins, which are more prominent in younger trees.

Quercus palustris is monoecious, meaning it produces both male and female flowers on the same tree. In early fall, female flowers mature into small rounded acorns about a half an inch in diameter held in shallow, saucer-like acorn caps. Acorns are an important food source for chipmunks, squirrels, and other rodents.

Pin oaks are popular landscaping and street trees because they have a shallow root system, which raises transplanting success rates. In addition, they are drought, flood, and salt tolerant. 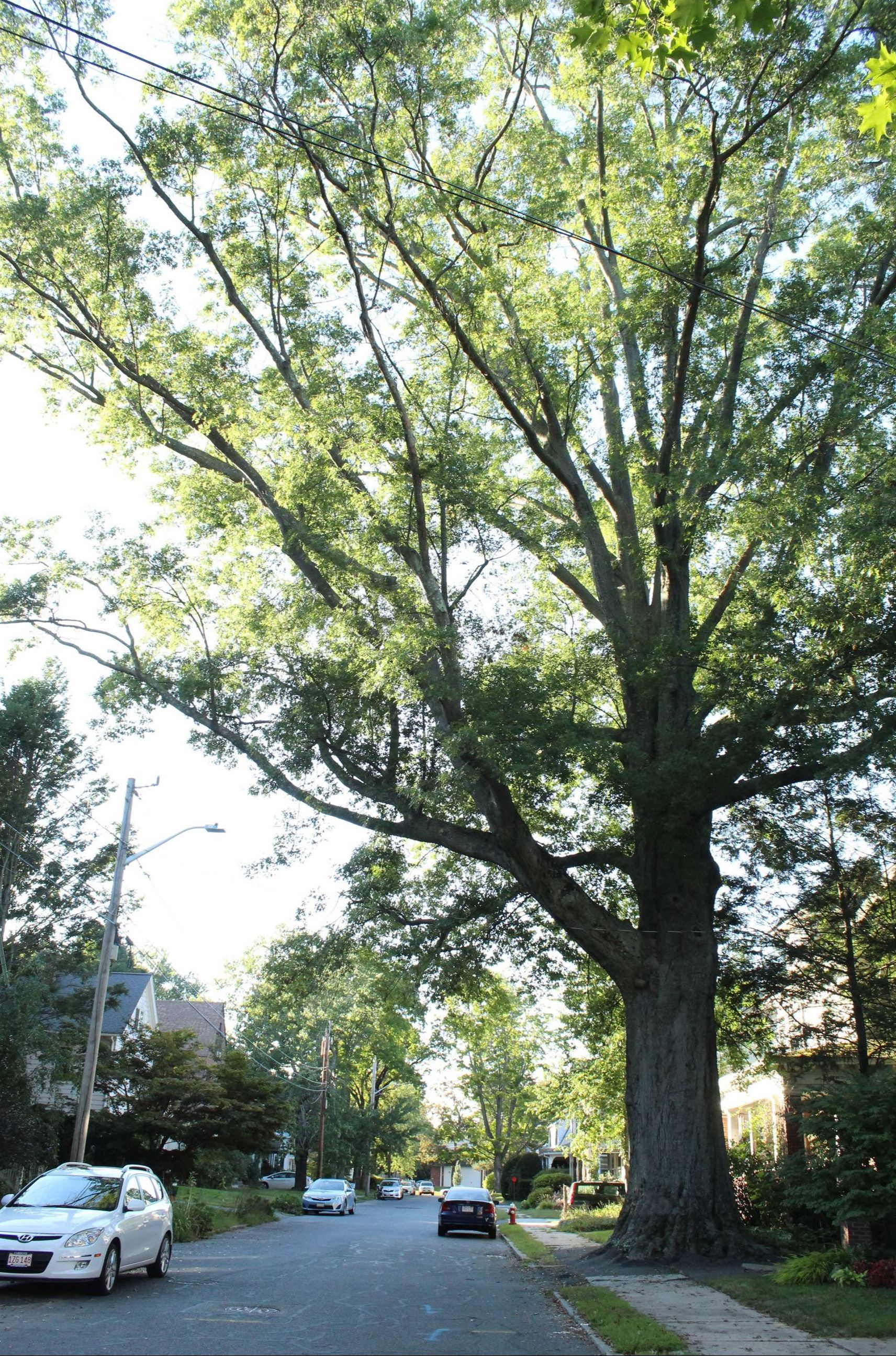