The Connecticut River Flood Control System consists of approximately 4,800 linear feet of levee that extends from Pomeroy Terrace to the high ground west of Route 5 (Pleasant Street/Mount Tom Road). The levee has a maximum height of 23 feet.

This system also includes a pumping station to remove stormwater accumulated by the City’s downtown drainage system when the Connecticut River is flowing at a high river stage and two stop log closure structures.

The Mill River Flood Control System consists of two levee sections. The Smith College Levee is located along the east bank of the Mill River between Paradise Pond Dam and West Street. The Diversion Levee extends from the Manhan Rail Trail to Hebert Avenue. Combined, these two sections of levee are approximately 2,000 feet in length with a maximum height of 25 feet.

Between the two levee sections is a concrete floodwall that extends for approximately 450 feet. This system diverts the Mill River from its original channel, through Veterans Field and behind City Hall, into a 10,500 foot long diversion channel which empties into the Oxbow at the Connecticut River. Other features of the Mill River System include a stop log closure structure, a small pumping station, a drop structure, and a concrete bridge located upstream from the Connecticut River Oxbow at Old Springfield Road.

For more information on weather & flooding forecasts and river gauges, please select the link below: 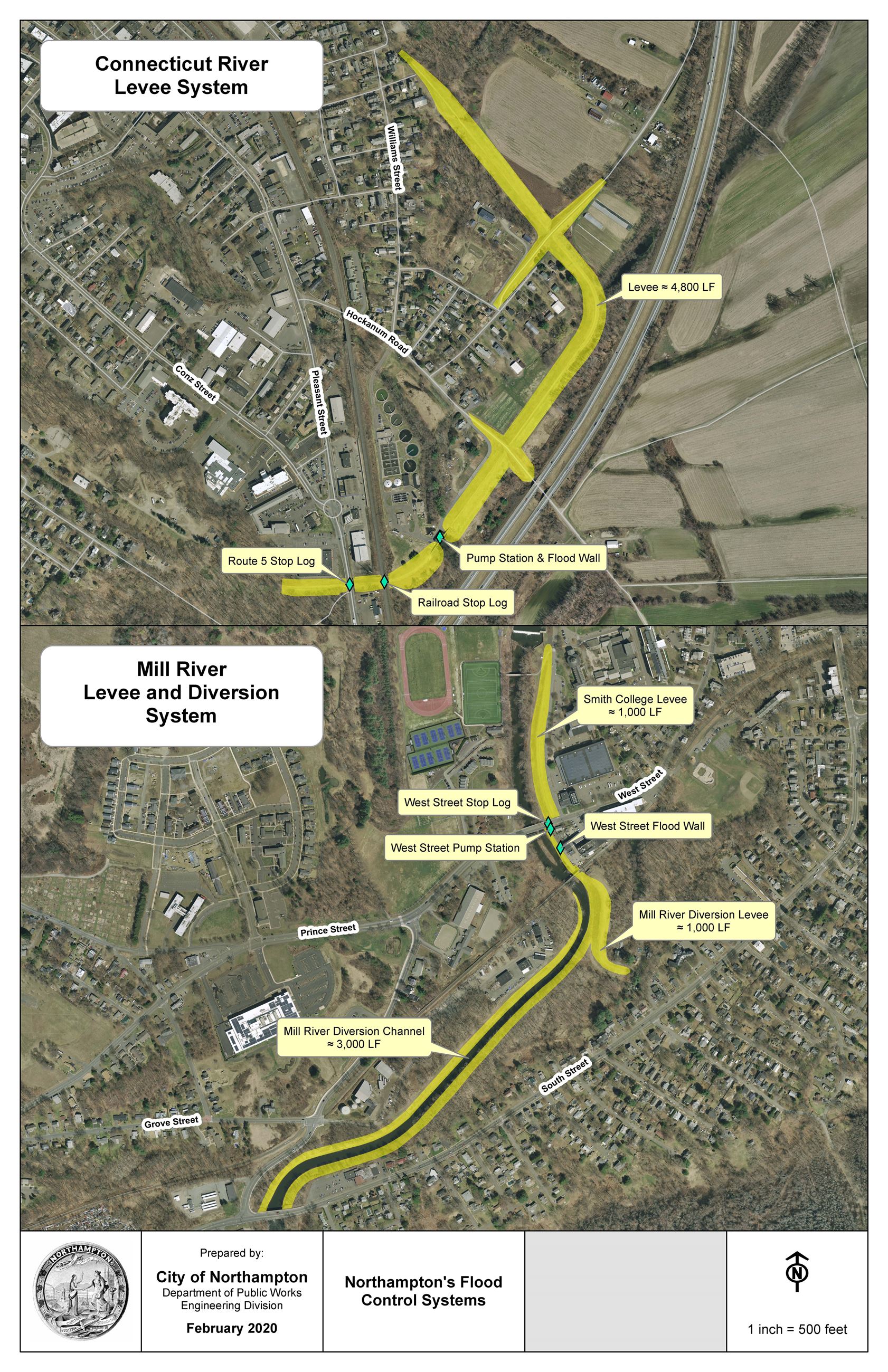